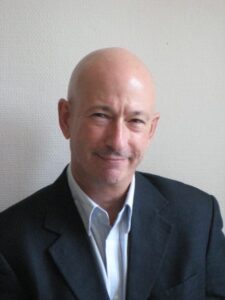 The author, Ethan Weisgard (6th dan Aikikai), is a long-time direct student of the late aikido master Morihiro Saito Sensei. Saito Sensei studied directly under the founder of aikido, Morihei Ueshiba O-Sensei, for 24 years. The weapons techniques that were taught by Ueshiba O-Sensei in his dojo in rural Iwama, Japan lived on in the teachings of Saito Sensei and now in his students. This book is a documentation of the legacy that has been left behind.

Ethan Weisgard was appointed direct representative in Denmark by Saito Sensei personally, and he has traveled throughout the world teaching the aikido taught to him by his master. He has taught in Denmark, Sweden, Italy, Germany, America, Russia and even in the homeland of aikido – Japan.

The new edition – Bukiwaza Basic and Advanced Aiki Ken and Aiki Jo – is a finely detailed presentation of the traditional aikido weapons techniques, starting with the basic forms and building up to the advanced levels. This book will benefit those just beginning to walk the “path of aikido” as well as advanced practitioners wishing to have a full documentation of the weapons curriculum.

Beautifully photographed and with a clear, step-by-step presentation, this book is exactly what is needed in the aikido world in regard to studying the traditional weapons legacy.

“The last few years I was always looking for literature or films about Bukiwaza and it is impossible to get something about Bukiwaza what is so completely made like your set; The explanations and the pictures can be easily understood. What I Iike most is that the background of the pictures is white. It makes it very easy to see the details. Thank you for creating these great books!”

Yours in Aiki, Christian Taschner.

Hi Ethan,
” …They look great!
I wish there was something like these when I started Aikido, it would
have made weapons learning much easier… The historical anecdotes are a great
inclusion, the format and presentation is top class.”
Jason Wotherspoon

We recently received copies of the two volumes of this new book series on the Aiki Ken and Aiki Jo by Ethan Weisgard of Denmark. They are lovely hard-bound books with all color technical photos. 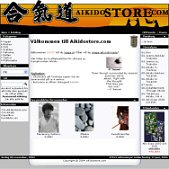 The books are carefully bound and very exclusive in their appearance.

They will last through many hours of study either at home or in the dojo. The forewords are written by Paolo Corallini and Ulf Evenås, the two 7th Dan top representatives of Morihiro Saito Sensei.

Ethan Weisgard describes the different movements in a very pedogogical manner. Everyone, beginners as well as advanced practitioners will get great enjoyment from these books.”